The Mechanism of MANTA

Matrix’s auto-machine learning adopts a once-for-all (OFA) network search algorithm. Essentially, it builds a supernet with massive space for network structure search capable of generating a large number of sub-networks before using a progressive prune and search strategy to adjust supernet parameters. This way, it can sample from the supernet structures of various scales but whose accuracy is reliable, and this can be done without the need to micro-adjust the sampled sub-networks for reducing deployment costs.

Take image categorization for example. Below is an illustration of the network structure MANTA adopts. This structure consists of five modules. The stride of the first convolutional layer of each module is set to 2, and all the other layers are set to 1. This means each SU is carrying out dimensional reduction while sampling multi-channel features at the same time. Finally, there is a SoftMax regression layer, which calculates the probability of each object type and categorizes the images.

Meanwhile, the picture below is an illustration of the network structure MANTA adopts for deep estimation. There are six searchable modules in this structure. The first three SUs are mainly used to carry out dimensional reduction and subtract the multi-scale feature image from the left and the right views. There is a correlation layer in the middle for calculating the parallax of the left and the right feature images. The last three SUs are for further subtracting the features of the parallax. Subsequently, the network magnifies the dimension-reduced feature image through six transposed convolutional layers and correlates to the feature image produced by the six former SUs through a U link to estimate deep images of different scales.

１. Sample four sub-networks from the supernet

２. Each GPU on each node of every sub-network carries out the following steps:

（1） Access training data at a number according to the set batch size;

３. Aggregate and average the gradient information accumulated by all GPUs and broadcast them. (Carry out All Reduce.)

４. Every GPU uses the global gradient information it receives to update its supernet;

２. All GPUs located on the same node carry out the following steps:

（1） Access training data at a number according to the set batch size;

（2） Broadcast the sub-network sample from the node forward and backward;

（3） Calculate the gradient information that is broadcast backward;

（4） GPUs on the same node aggregate and average the gradient information and store the result in the CPU storage of the node.

３. The four nodes each aggregate and averages the gradient information it gets in step 2 and broadcast the result to all GPUs;

４. Every GPU uses the global gradient information it receives to update its super net; 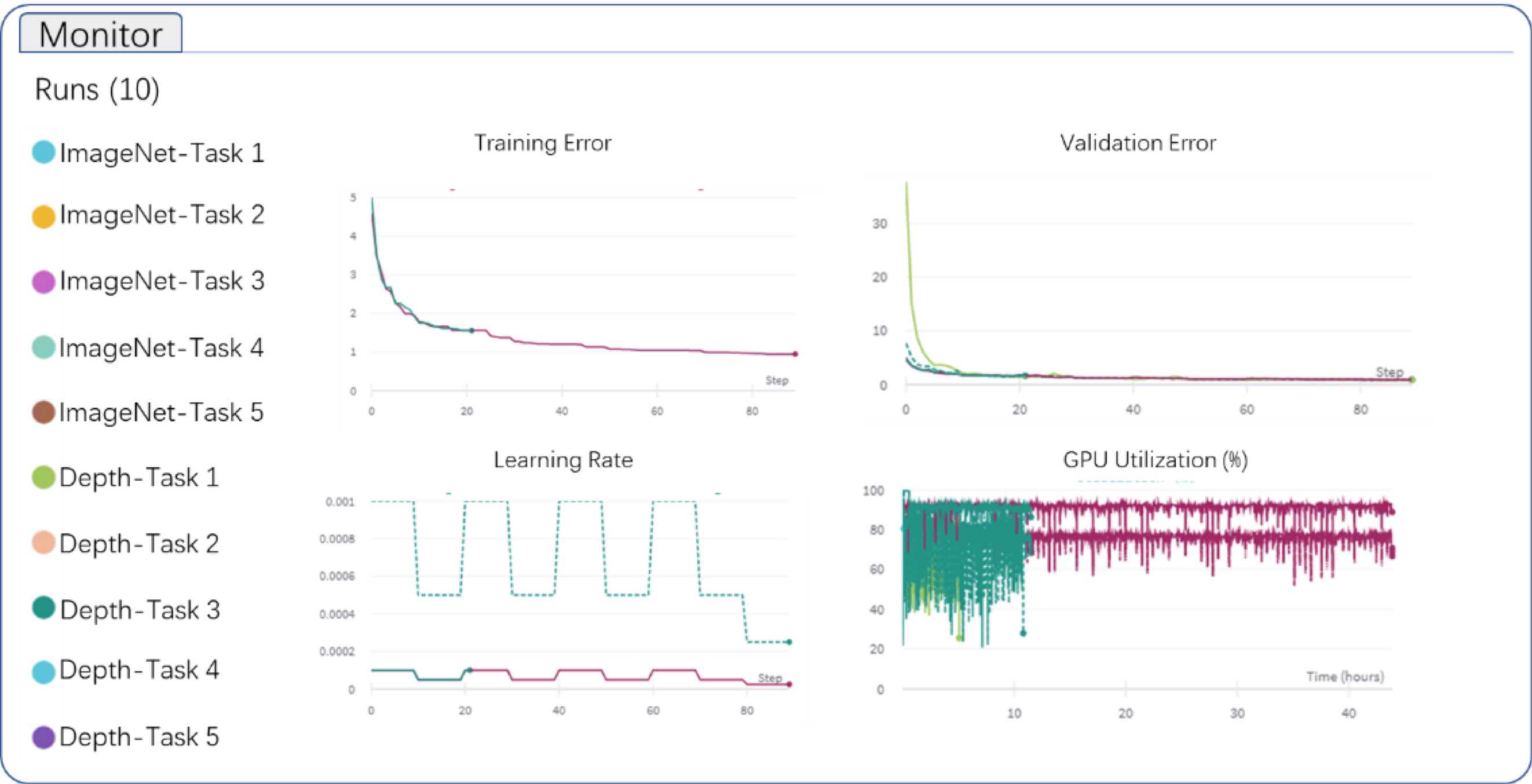 MANTA will take Matrix one step further towards a mature decentralized AI ecosystem. With the help of MANTA, training AI algorithms and building deep neural networks will be much easier. This will attract more algorithm scientists to join Matrix and diversify the AI algorithms and services available on the platform. Competition among a large number of AI services will motivate them to improve so that users will have more quality services to choose from. All of this will lay a solid foundation for the soon-to-arrive MANAS platform.

Secondly, MANTA will lower the entry barrier to AI algorithms. This will no doubt attract more developers and corporate clients to the Matrix ecosystem, which will further solidify its value and boost the liquidity of MAN.

Finally, as more people use MANTA, there will be greater demand for computing power in the Matrix ecosystem. For miners, this will bring them lucrative rewards and in turn attract more people to become computing power providers for Matrix, further expanding the scale of its decentralized computing power distribution platform. All this will help Matrix optimize marginal costs and provide quality computing power at a better price for future clients, and this forms a virtuous cycle.

MANTA is an vital piece in Matrix’s blueprint. It will fuel Matrix’s long-term growth and set the standard for other public chain projects.